Within a month of returning from India as a yoga teacher I opened my first yoga studio in an unoccupied house on my street, and called it YOGA MATT.  A small flyer drop around my community and word of mouth attracted a group of local students to my space, that really could only accommodate 6 or 7, most of who would stick around to become my regulars. My initial classes were free, allowing me to develop my teacher style and confidence, and then payment was made by donation. My students seemed to appreciate the traditional and spiritual style of my teaching practice, incorporating  prayers, pranayama, meditation and even Bhatki Yoga, devotional singing and playing musical instruments.

My first yoga school, taking over a vacant house on my street.

With my confidence building as a yoga teacher I approached my local primary school in Penneshaw and offered my services there. The schools caring and progressive headmaster, Leanne Woods, embraced the idea and found a small amount of funding to get me started. I was allocated 2 groups of 6 boys from the senior and junior classes of the tiny rural school, and teaching this age group presented many new challenges for me. Incorporating games, juggling and hacky-sack into my warm ups, the kids supplied the music, and after my initial nervousness I quickly grew to love these classes.

Although I have played piano my whole life and performed in numerous bands I woke up one day with the strong desire to start performing solo.  I contacted my local pub, the Penneshaw Hotel, and using my yogi name Madhav, debuted in the front bar on a busy Friday night. Dressed in my “magic” colorful striped jacket I went on with the intention of putting on a show, and really put my heart into it. Performing only my original songs, I included some extra drums and percussion in my kit and invited the audience to get involved, which a few people did. This interaction would become the format of my following shows which took place at the local market and True Thai restaurant. Trying to describe my music and show to other people, the best I have come up with is Peter Allan meets Kurt Cobain. 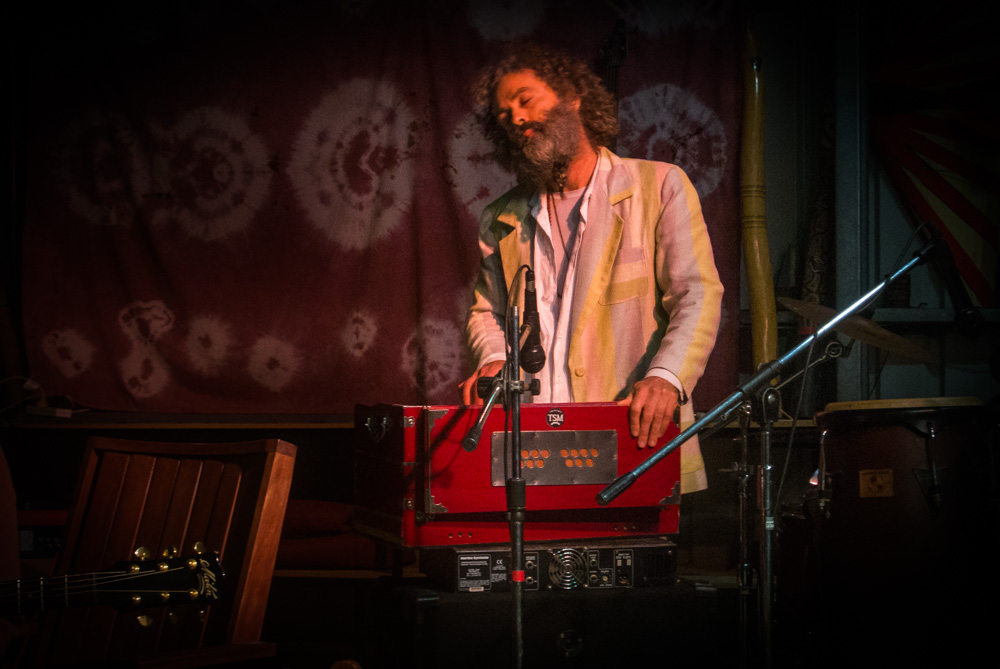 My partner Ky was due for a  break from her demanding work as an Arts Therapist, and needing some inspiration, so she organised an overseas trip to the USA and Japan. I joined her and her son Yeshe on the adventure. Starting in San Francisco we went straight into a week long Art and Life retreat at the Berkeley Shambhala centre. The program explored the creative teachings of Buddhist master teacher Chogyam Trungpa and amongst another creative techniques we explored calligraphy, object arranging, blind drawing and physical movement, mixed up with a healthy dose of meditation. After this we spent a week on the Idaho /Washington border visiting a friend for what was an interesting taste rural America. 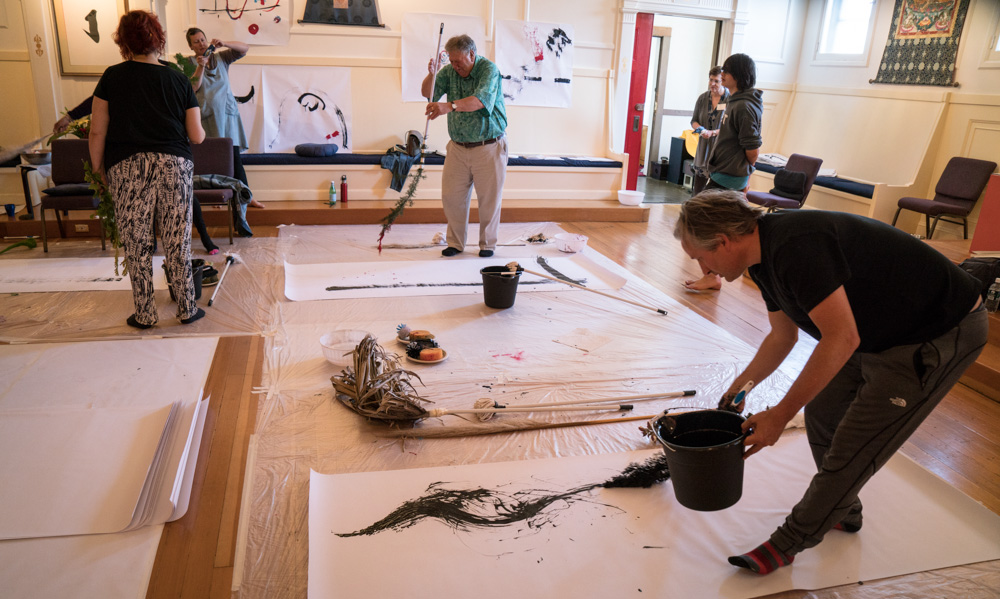 In Japan we had 2 amazing weeks in the beautiful city of Kyoto staying in a traditional house. Despite intense heat our days were spent exploring the city on bikes and eating beautiful food in the many tiny cafes and restaurants. Moving to the north island, Hokkaido, we spent another two weeks in the densely forested town of Nukibira, a ski town famous for its onsens (natural hot baths), the boiling mineral rich waters which are pumped into all the towns hotels. Bathing daily naked in these baths with the locals had some deep healing effects on all of us on a number of levels, and it was great to be close to nature again after the time spent in big cities. At one point we were flooded in the result of a series of typhoons sweeping through the region.

Our accommodation in Nukabira, Hokkaido Japan.

Returning to Australia I went straight into my first job as a stills photographer for almost a year. Staring UK actor Martin Freeman, Cargo is a feature film, of the zombie genre, set in the Australian outback and written and directed by Yolanda Ramke  and Ben Howling. Leigh Creek in remote South Australia where we were shooting as about as far as you can get from the densely forested mountains of Hokkaido Japan, but once again I was flooded in as unseasonal cold and rain caused havoc for the production throughout the shoot.

Whilst in Leigh Creek, and with a few days off,  I contacted the local primary school and offered my service as a yoga teacher. The school counselor Jayne Martin jumped on the opportunity and I was assigned 6 kids who I had the opportunity to work with on two occasions. It is hard for me to express how gratifying it is to pass these teachings on to kids in rural communities, and seeing the health and confidence that yoga and mediation, not to mention correct breathing, can offer this generation. This work really lights me up and I can see it becoming an important part of my unpredictable life direction. 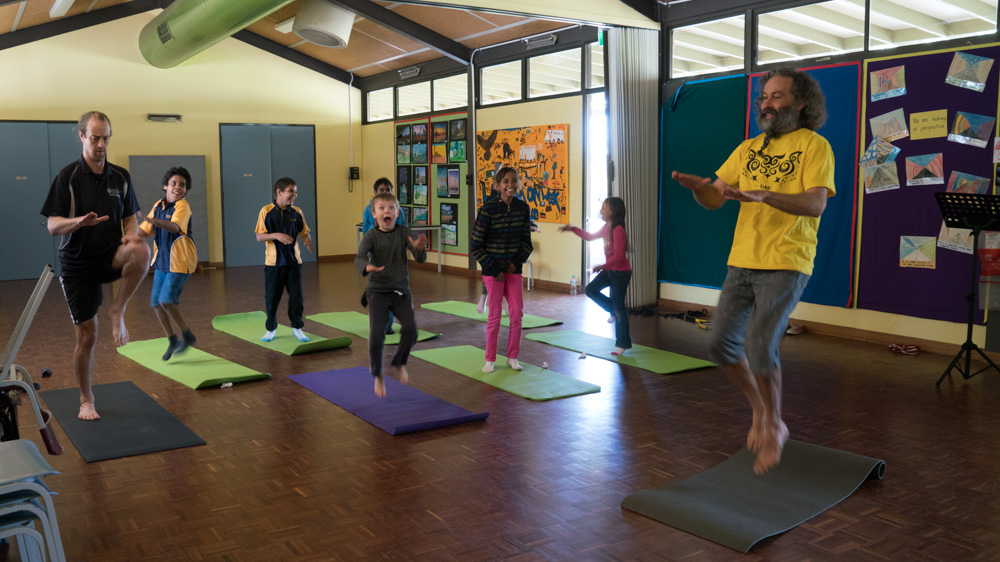 Much has happenned.
A yoga teacher!