A phone call came mid way through my UK holiday and I locked in 2 months of work in Hungary. The Eagle of the Ninth is a feature film set in second century Britain, under the occupation of Rome. The script arrived and was was loaded with beautiful images of Scottish landscapes, epic battles between armies, swords horses and chariots. Kevin MacDonald was directing, Duncan Kenworthy was producing and Anthony Dod Mantle was cinematographer, a fantastic job. 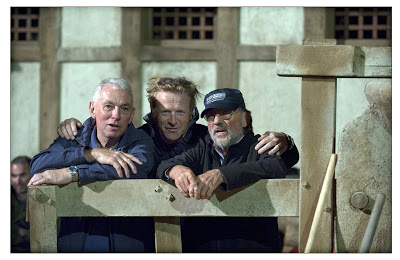 The reality of living in an apartment in Budapest for two months, shooting six day weeks, 12 hour shooting days with a 1 hour travel each way to location each was tolerable when every day was a visual treat. The scenes and locations yielded easily a thousand frames a day that needed to be downloaded and backed up nightly and then edited on my day off. Working closely with Anthony Dod Mantle I shot HD video on a stills camera throughout the shoot, arty grabs that may help in the final edit, which also needed downloading and backing up. It was helpful knowing that I was being well paid, and the job was always great fun, I met some excellent people. 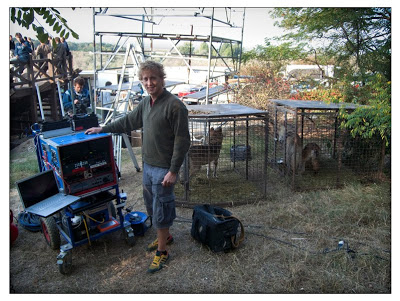 Video Split Operator Jack Warrender at the colesium location set up beside the caged wolves.

Back in Australia, I submerged myself for 3 weeks in my beloved family, the endless jobs around the house and the dog got 2 walks a day before I got busy again. Two weeks of beautiful location photography for South Australia’s Tourism Department was juggled with 2 weeks on a wonderful film called South Solitary. Shooting in Victoria, South Solitary is set in the 1920′s, a lovely story of a woman who follows her Uncle to a remote lighthouse island. The cliff top location at Cape Nelson was beautiful, lighthouses look amazing from any angle and it was good to be shooting in an Australian landscape again. 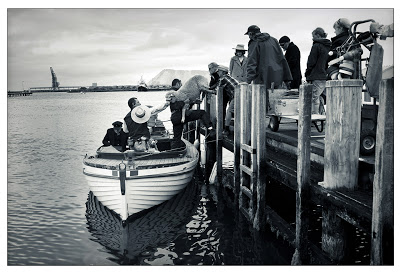 Where the Wild Things Are is opening internationally and The Boys are Back and Beautiful Kate are both doing very well in festivals and on local screens. In a magazine shop I bought five current magazines with my photo’s on the cover, and finally I have got myself a web site. It all seems to be going pretty well and I truth I suspect now may actually be my moment. But I have been here before and will not be at all surprised if find myself projecting films for 15 dollars an hour.